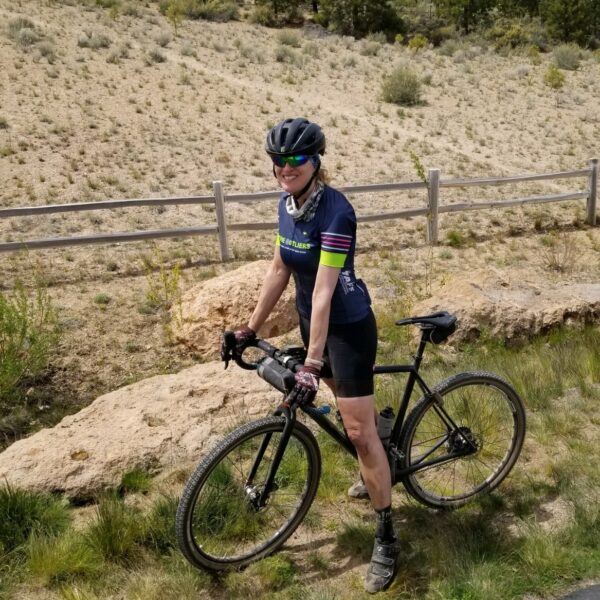 Cam Schmitz is a licensed CPA in several states with over 25 years of accounting/finance and business development experience. During her over 15-year tenure at large regional and global public accounting firms, she worked primarily with health systems and nonprofits. Later operating as CFO, Cam became responsible for all accounting/finance aspects of a community health system. She led the company through numerous revenue generating and cost-savings projects. Most recently she is CFO for a small tech company.

Cam’s love for cycling started on a Wisconsin Christmas morning, when she and her brother took their new “10-speeds” for a ride wearing their one-piece snow suits. It was freedom for kids on a dairy farm in the remote countryside! Later Cam found riding again and road racing while recovering from a ski injury. After joining a Minneapolis bike team with lots of other new women riders/racers, she was hooked adding CX, MTB, snow and slush bikes soon after.

Cam has served as a Director and Treasurer of the Minnesota Cycling Federation and the Twin Cities Bike Swap. She has also been involved in her cycling communities through a variety of bike clubs and teams as a racer, volunteer, and elite race team manager.

After moving to Bend in 2017, Cam discovered the exploratory off-road perks of gravel cycling and rides often with BACE and other local groups. While off the bike Cam loves all seasons outdoors, and likes to hike, alpine ski, Nordic ski and snowshoe. You’ll see Cam around town on her OPEN U.P.P.E.R. gravel bike, BMC Fourstroke mountain bike, Specialized Tarmac road bike, or 1990s titanium MTB.

Her favorite routes? Just about anything new with a good crew. For close-to-home convenience some route combinations of Water and Lava, Oktoberfest and flowy single-track connectors.