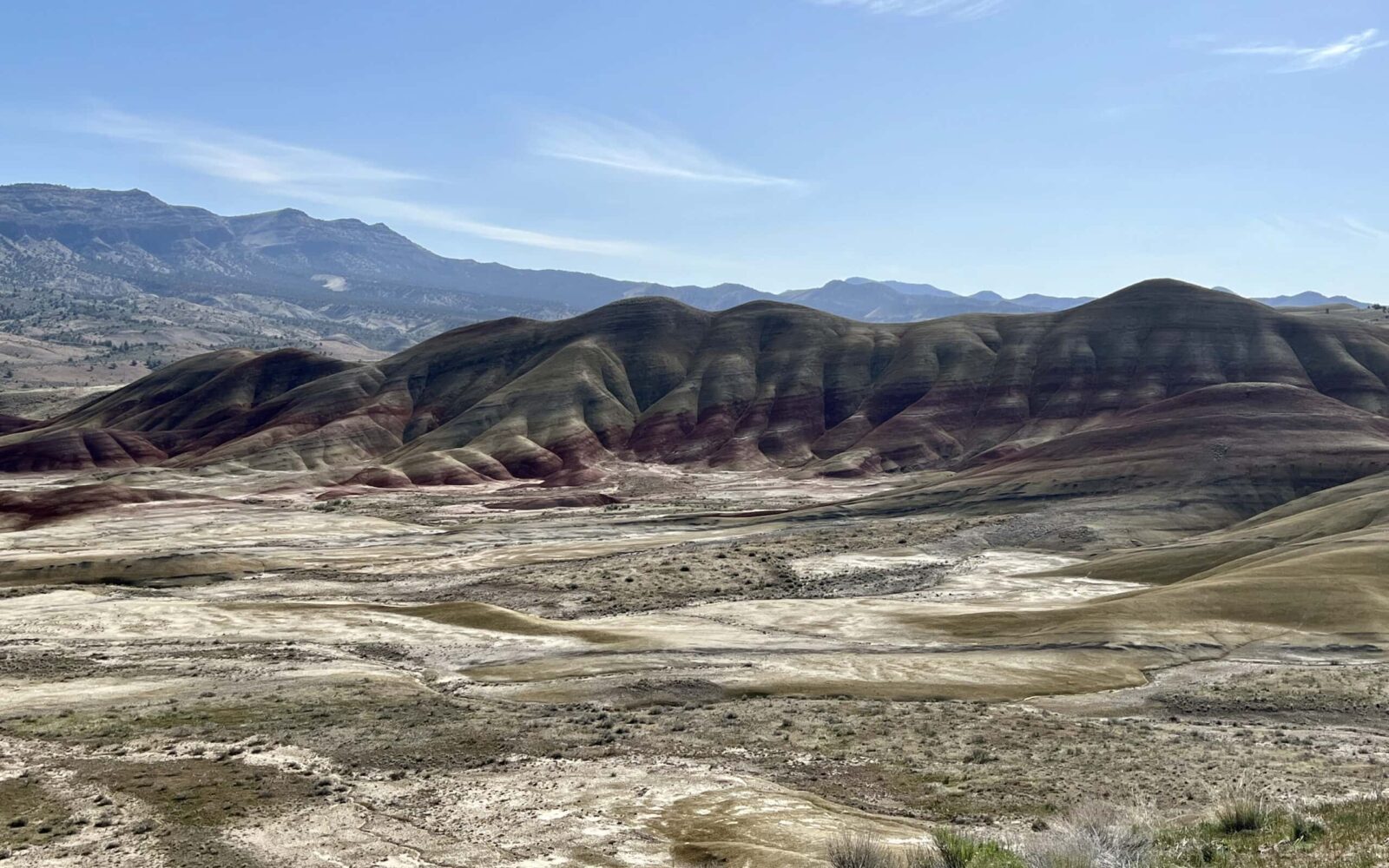 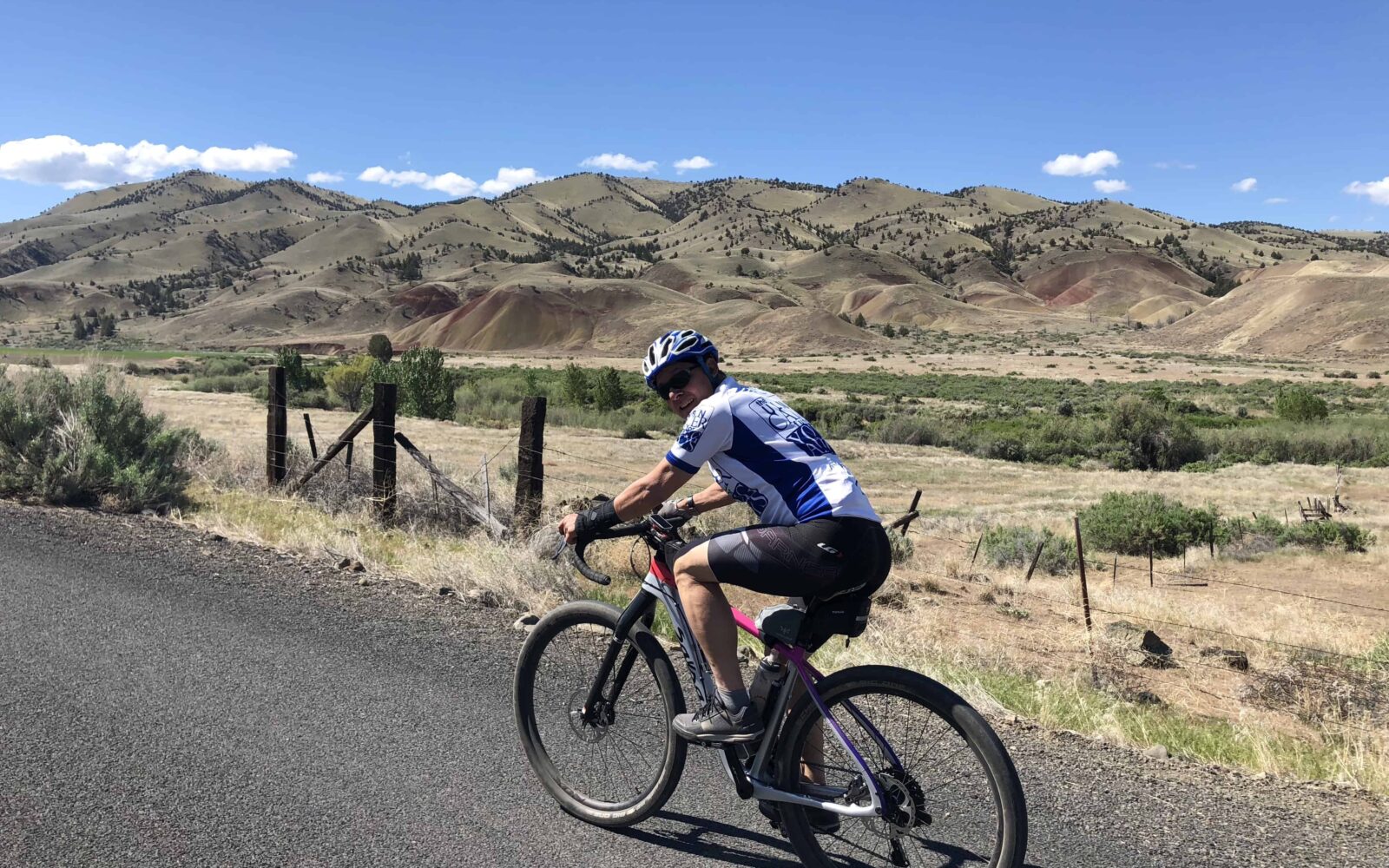 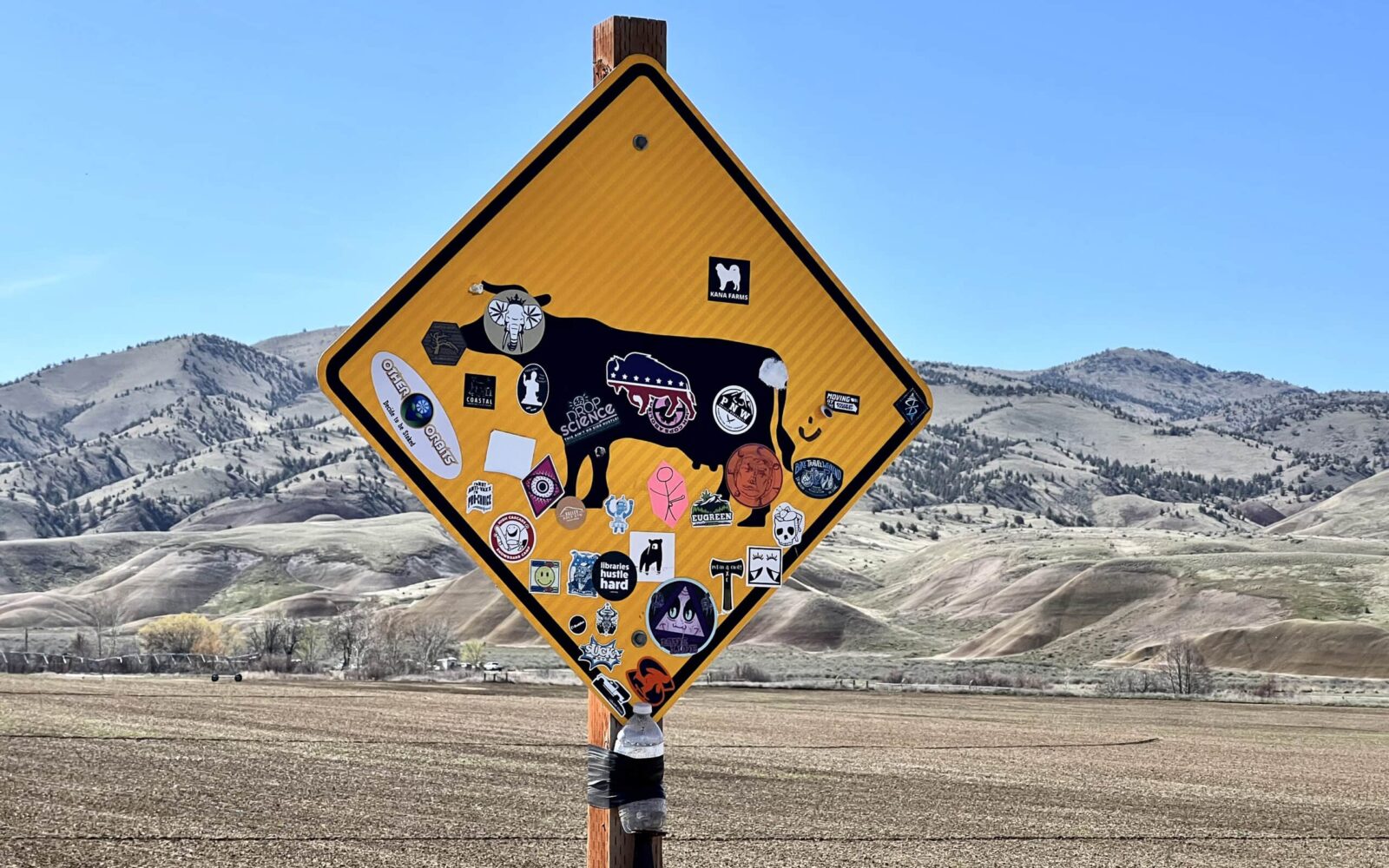 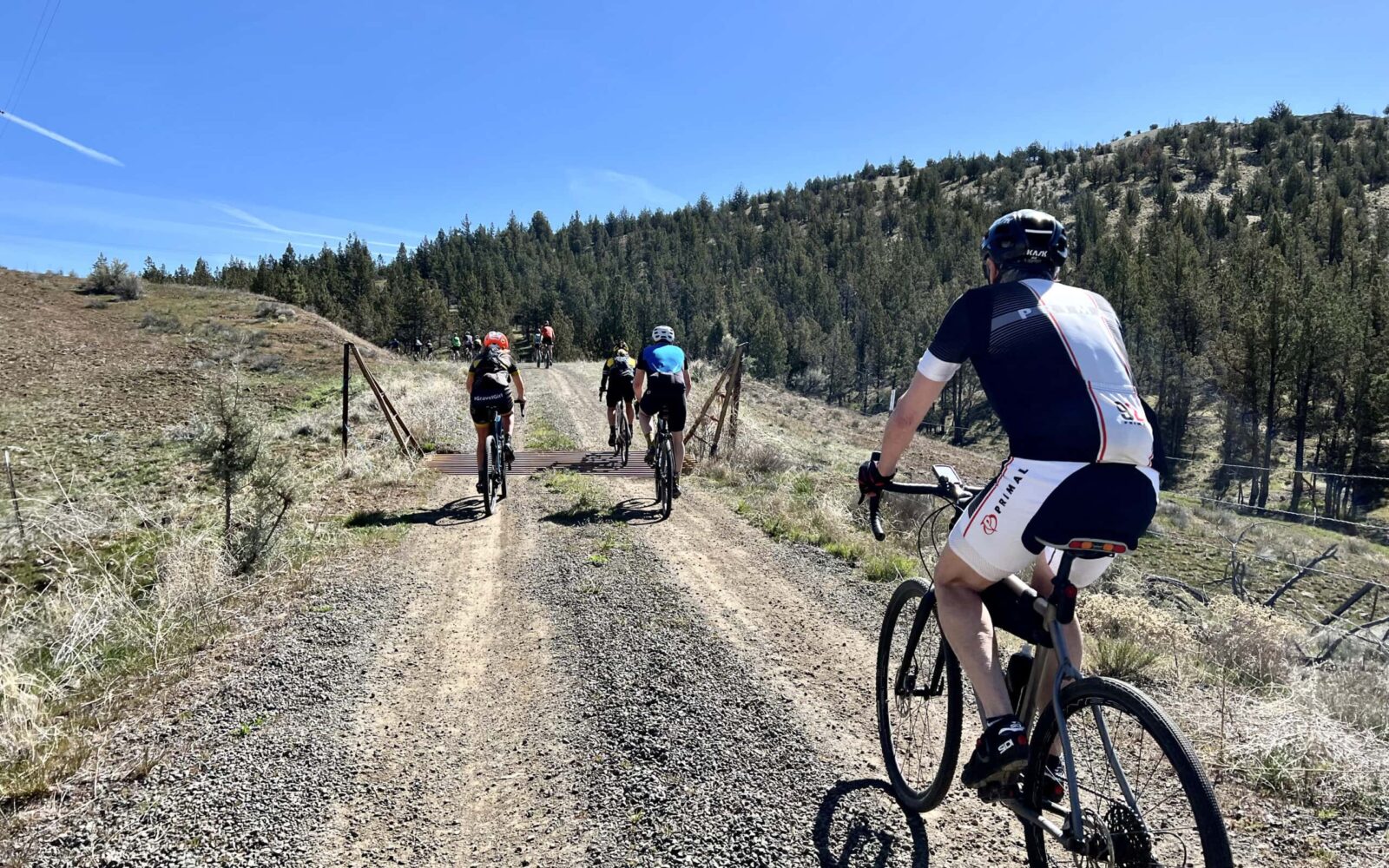 First section of gravel at ~ mile 6 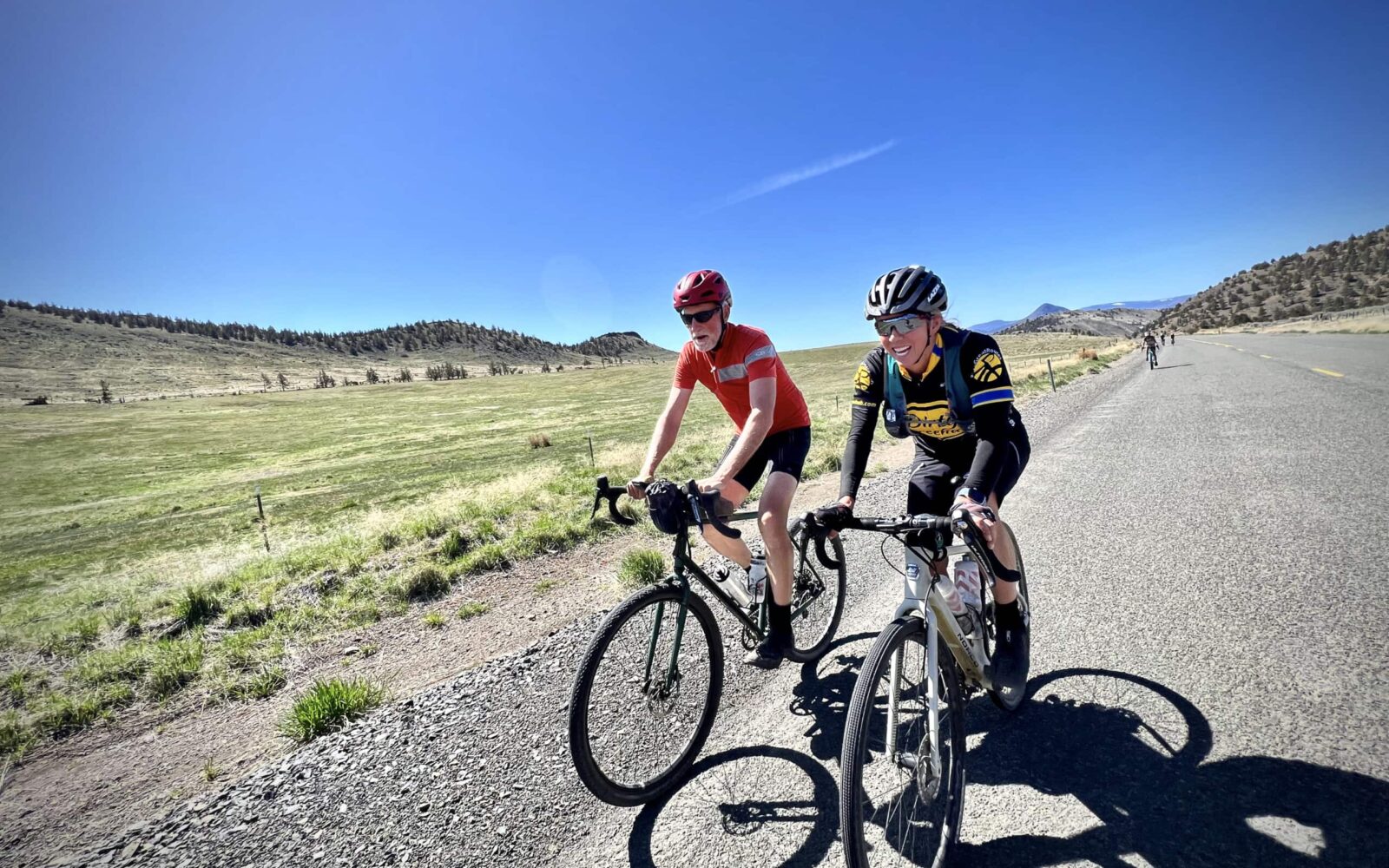 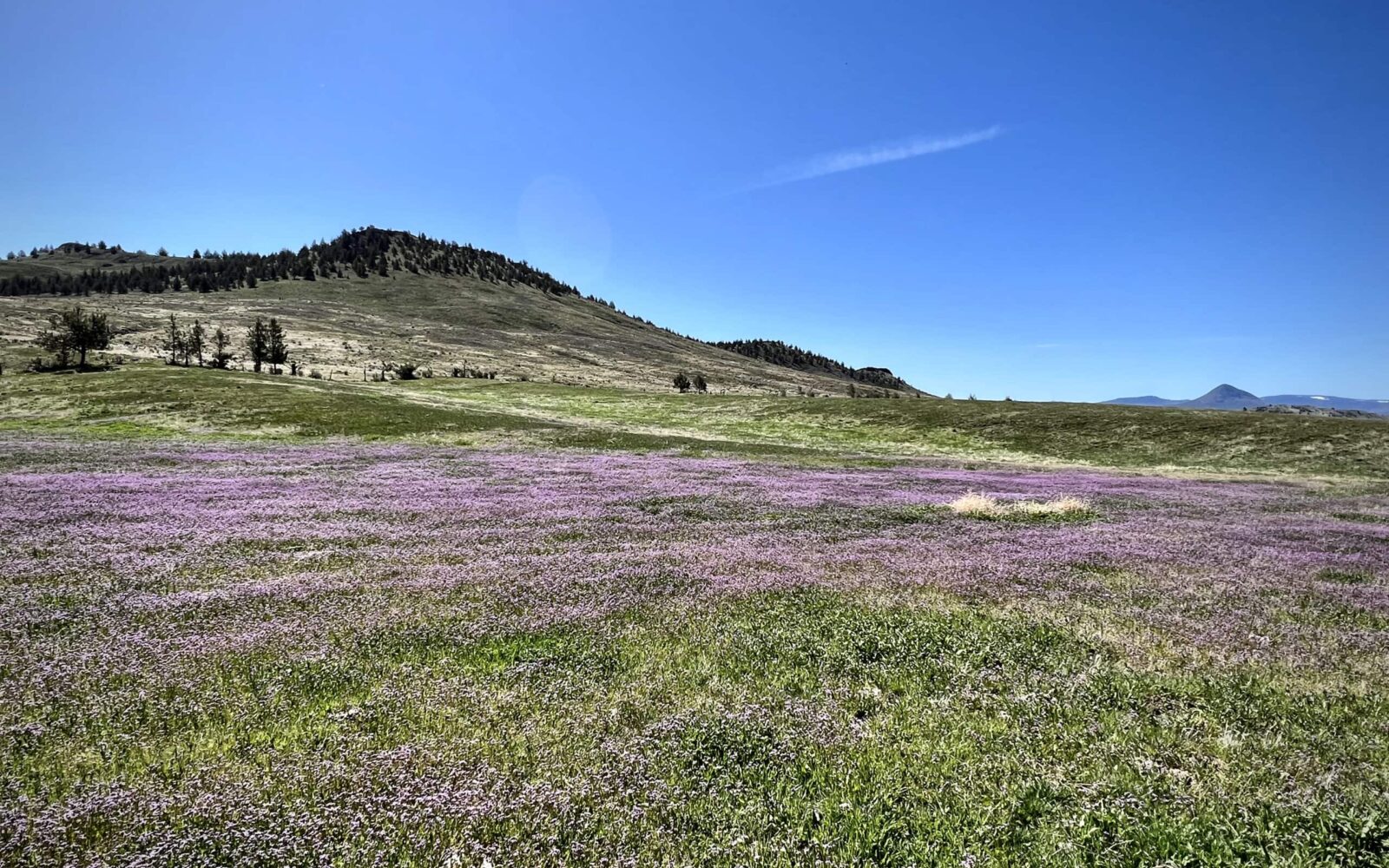 Wildflowers in the spring. 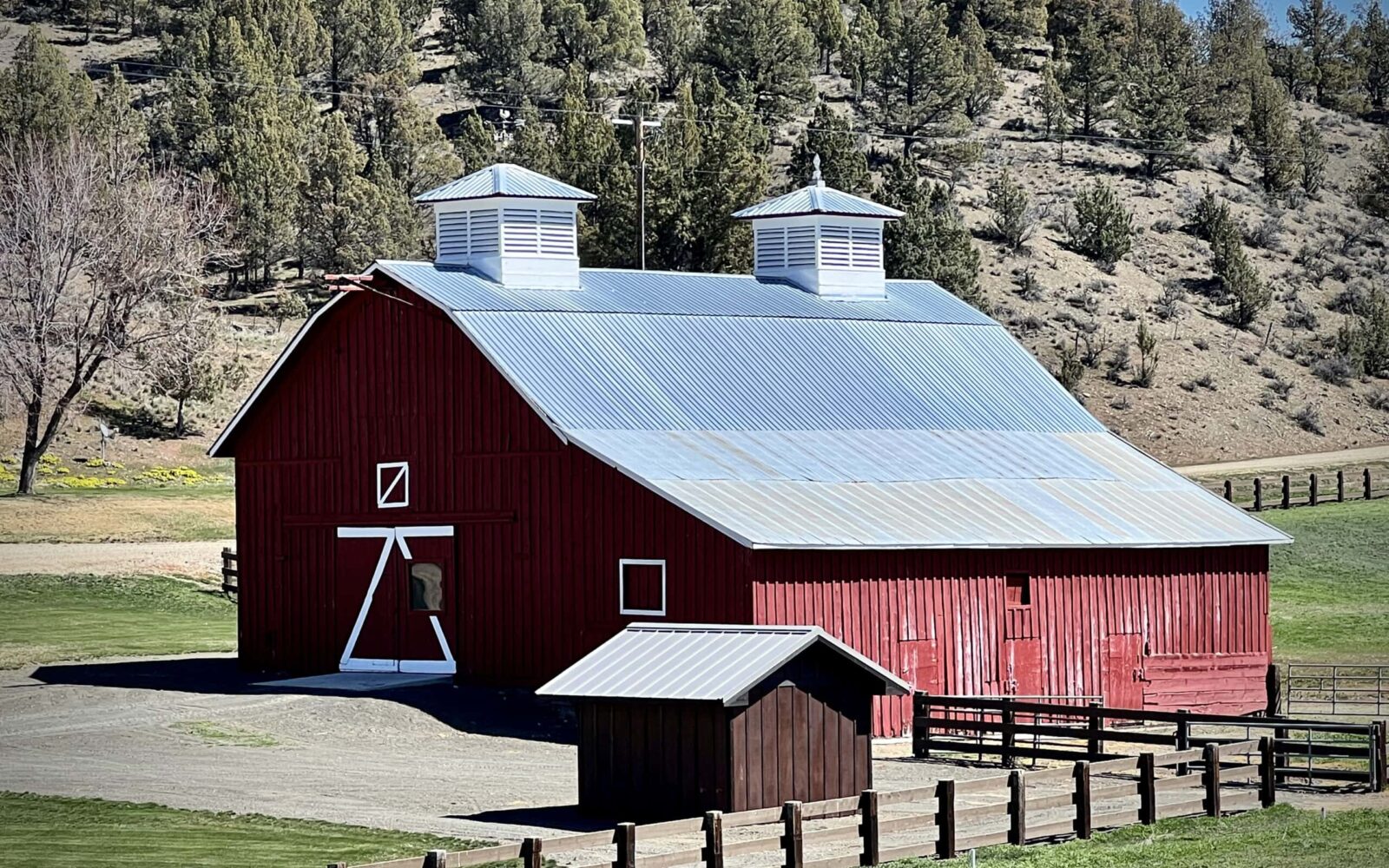 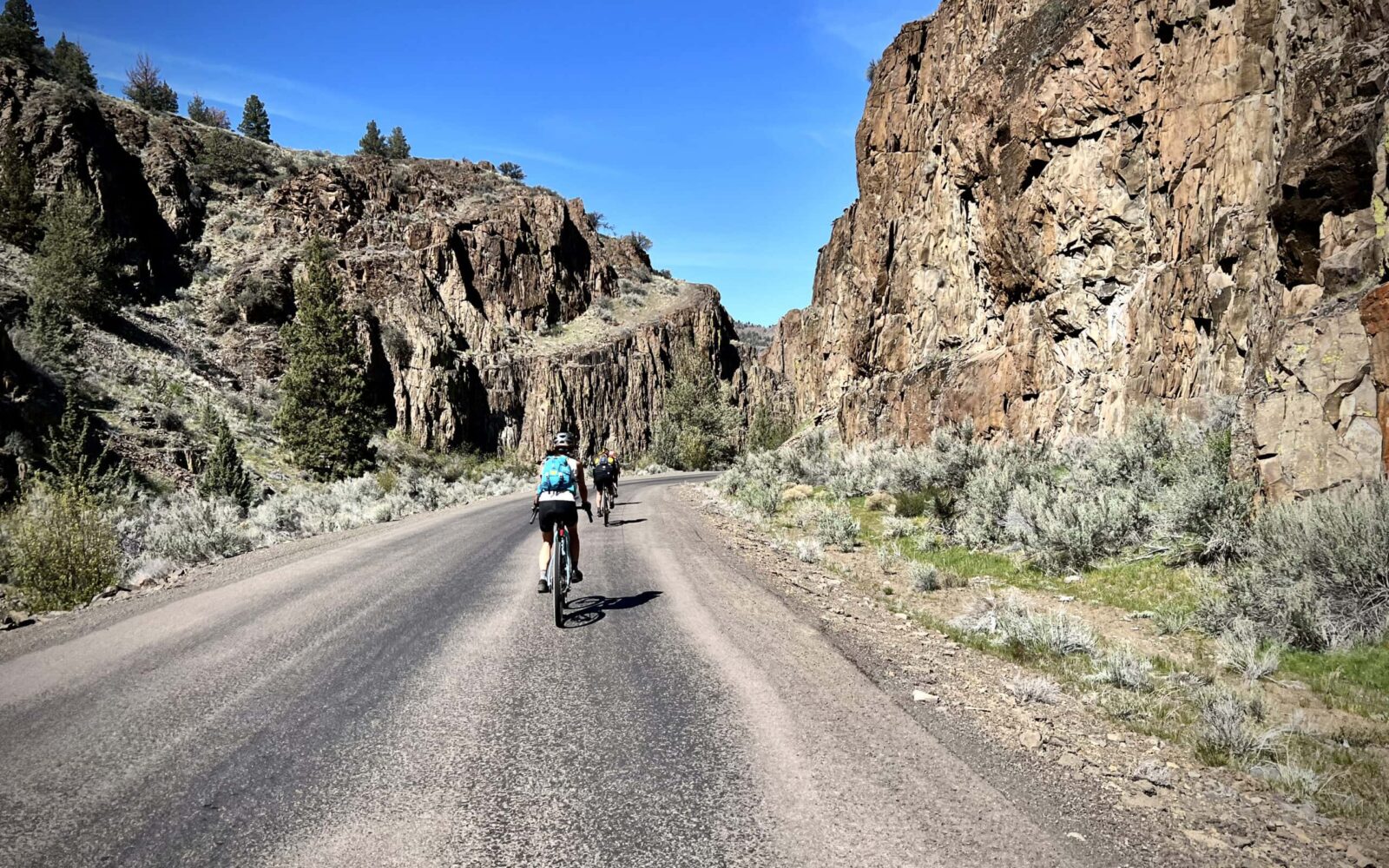 The road descending after a steady, gradual climb. 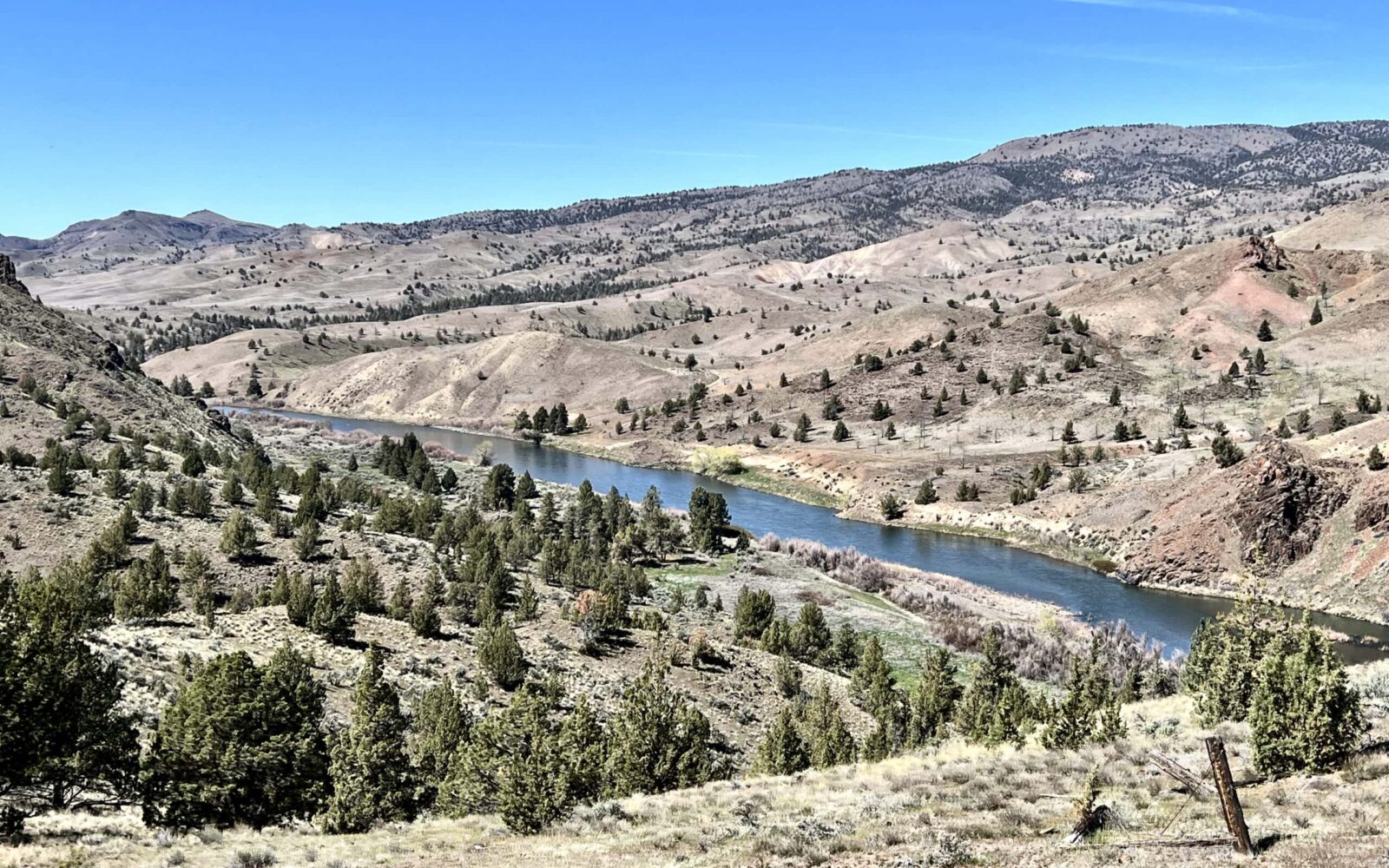 The beauty of gravel riding! 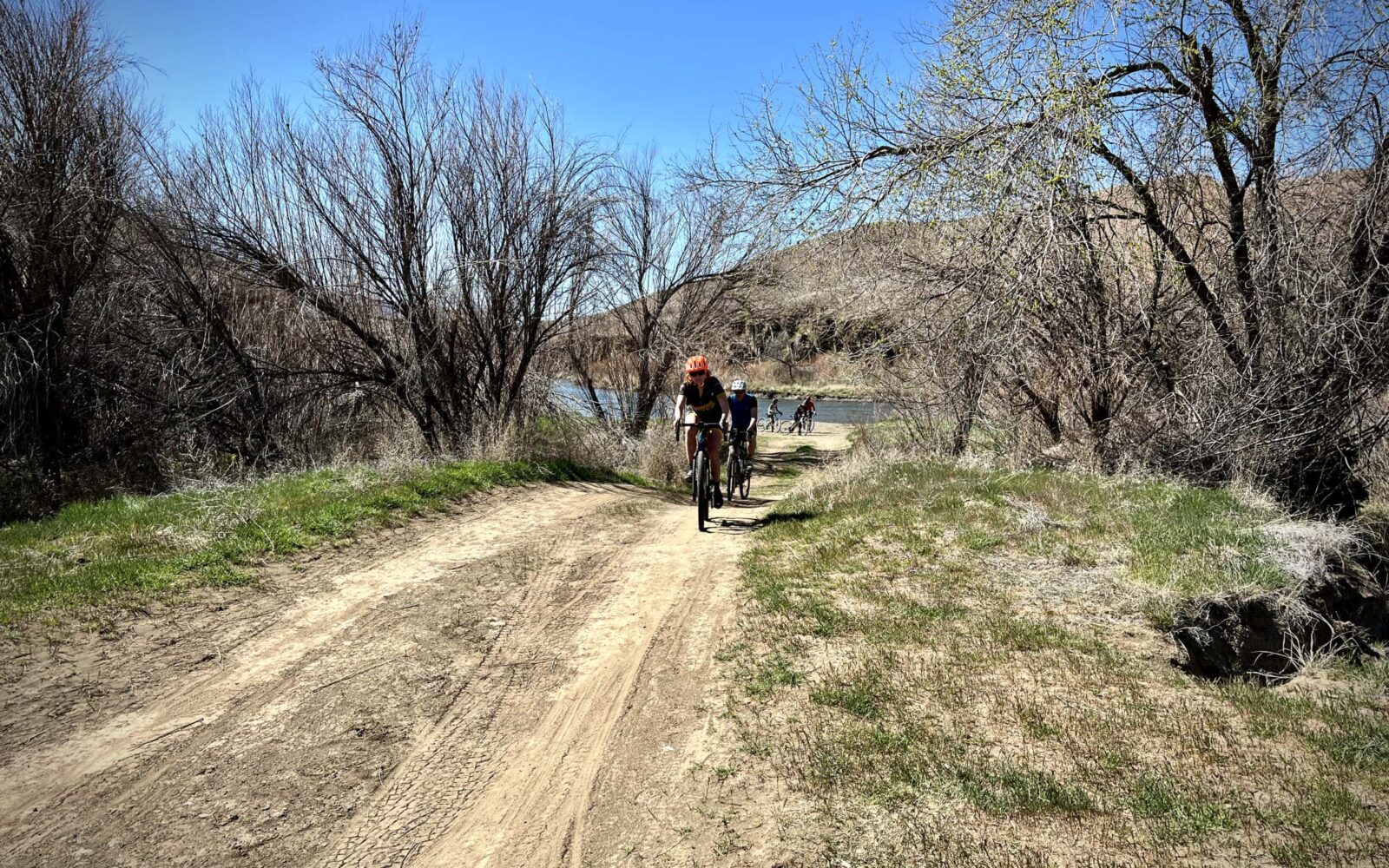 Climbing back out of Priest Hole, ~ mile 35. 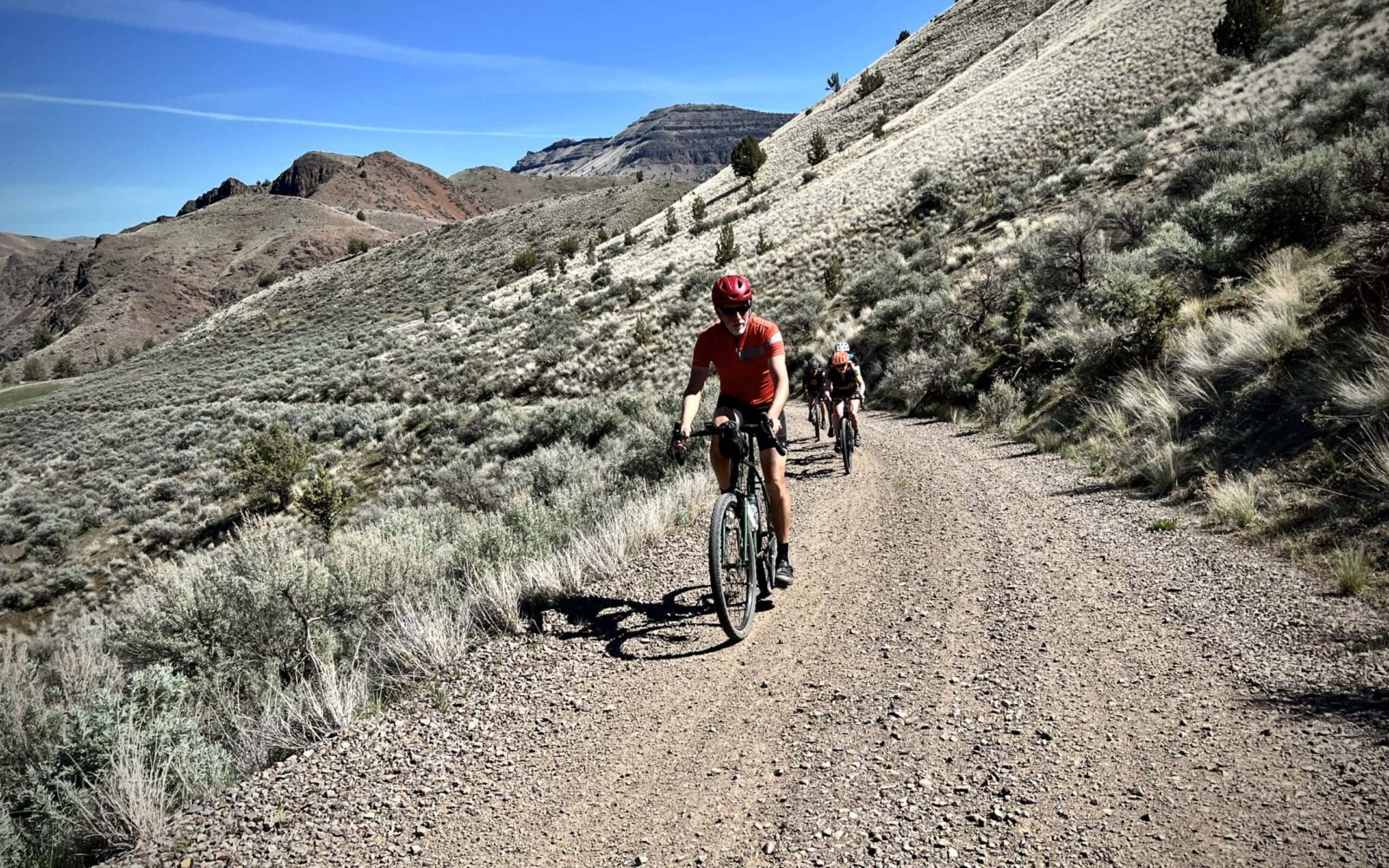 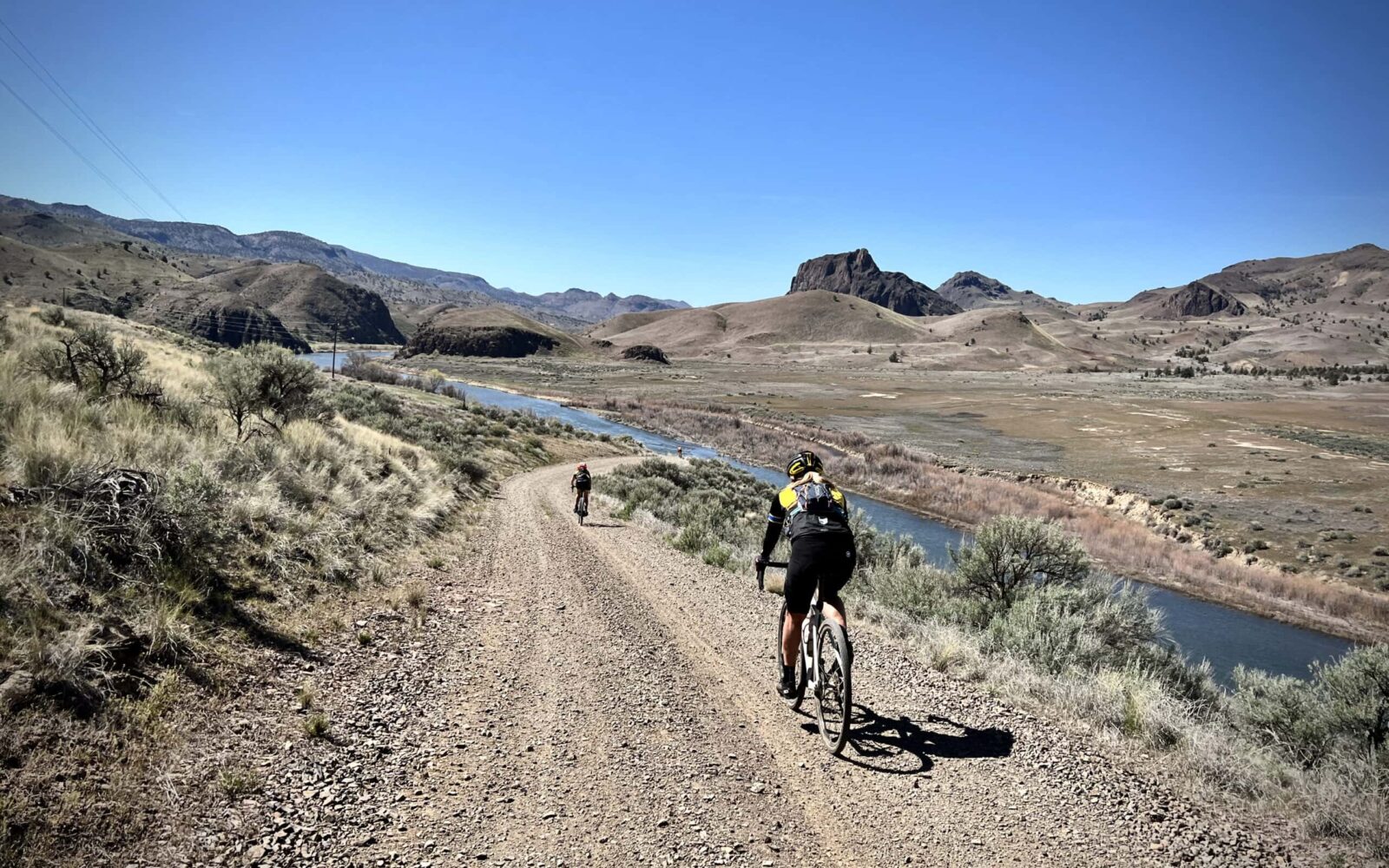 Meandering along the John Day River. 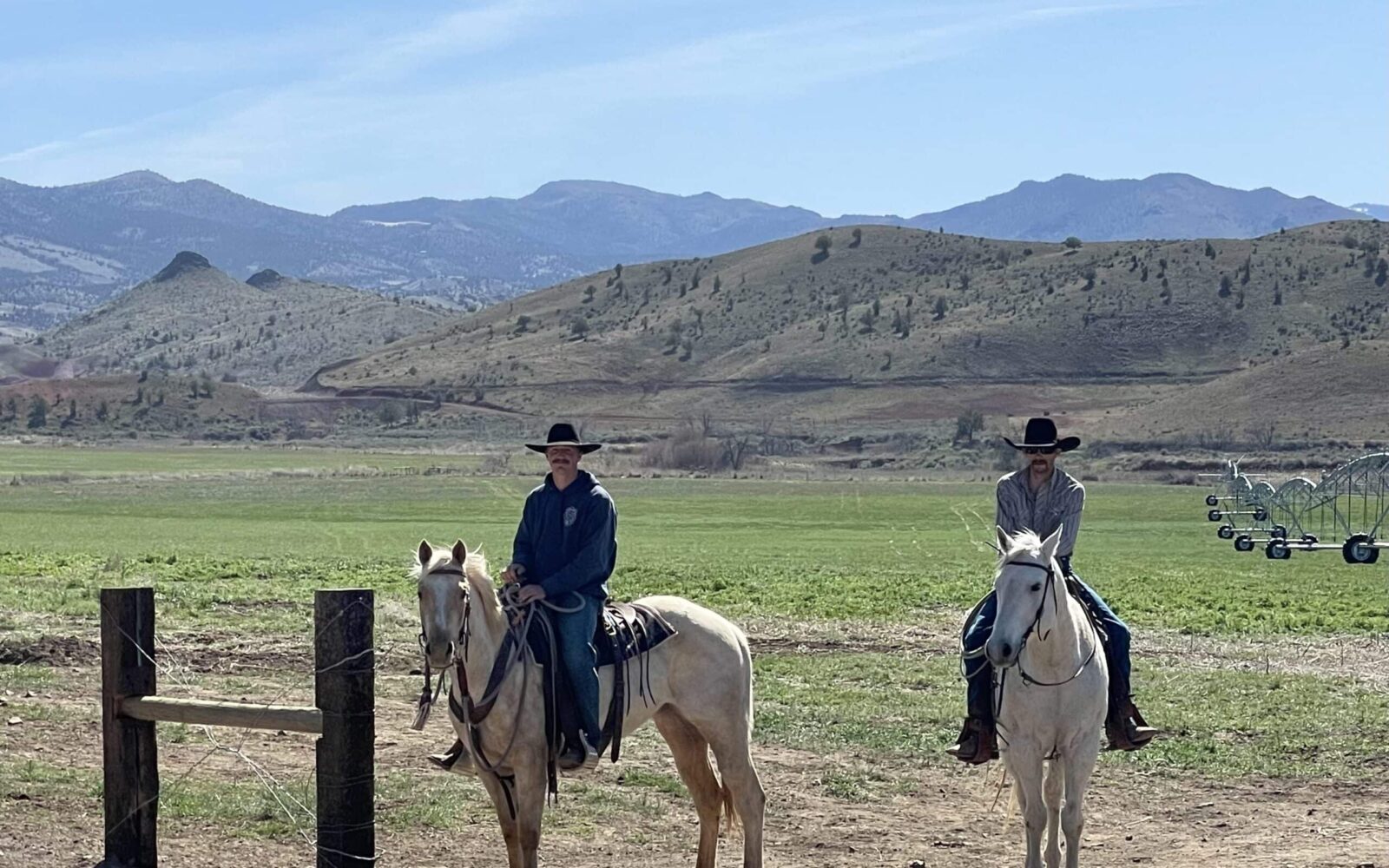 This is ranching country! 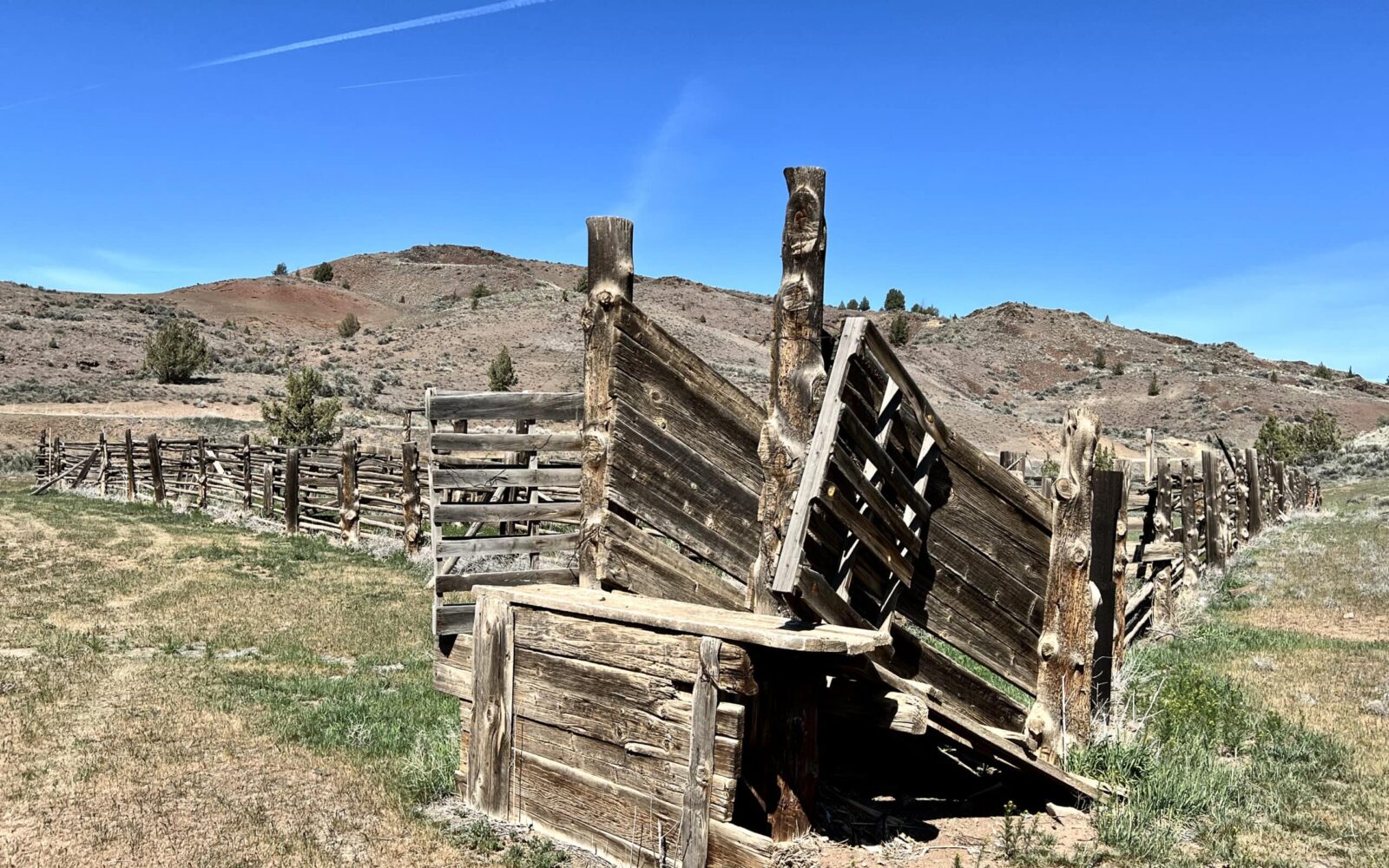 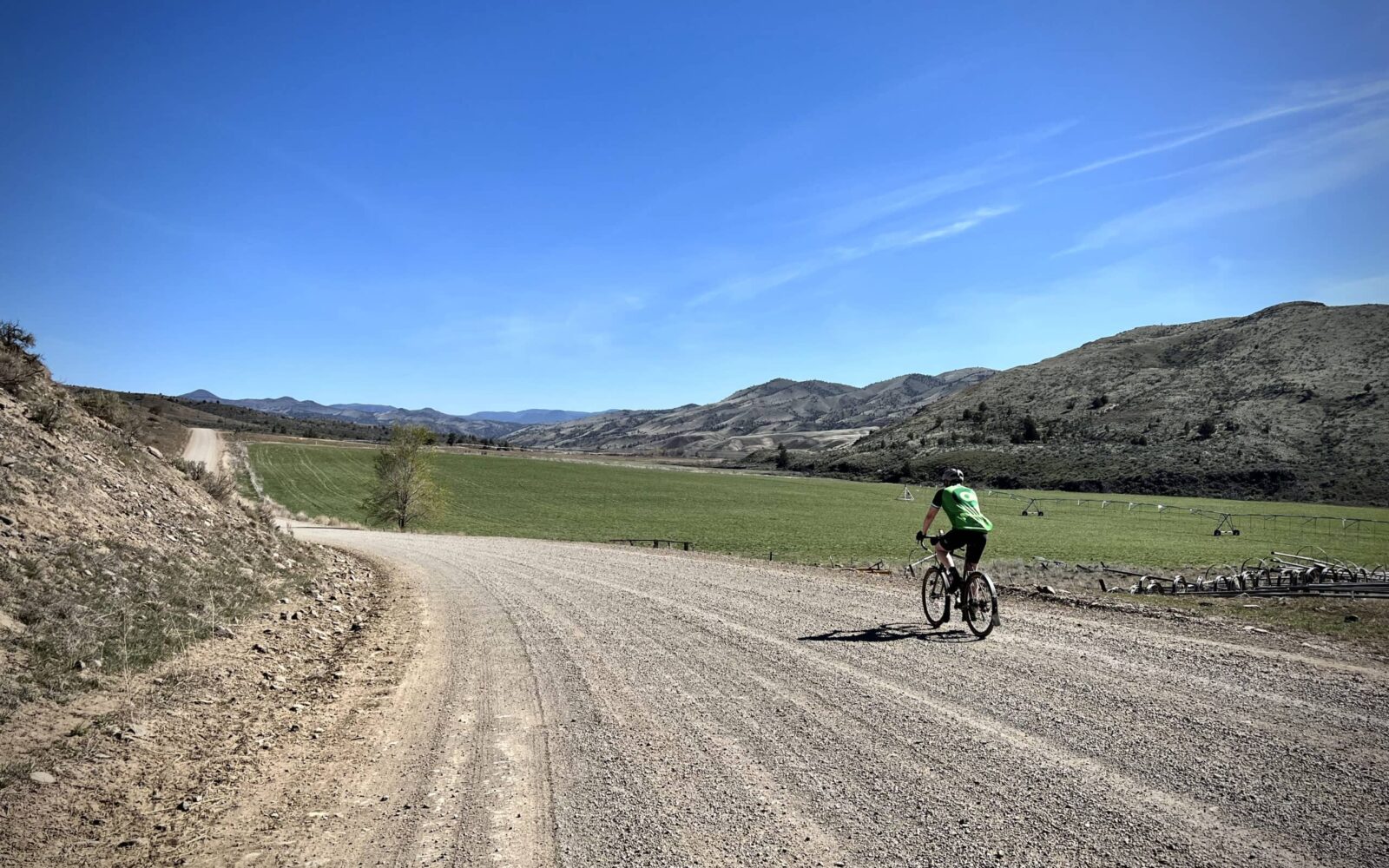 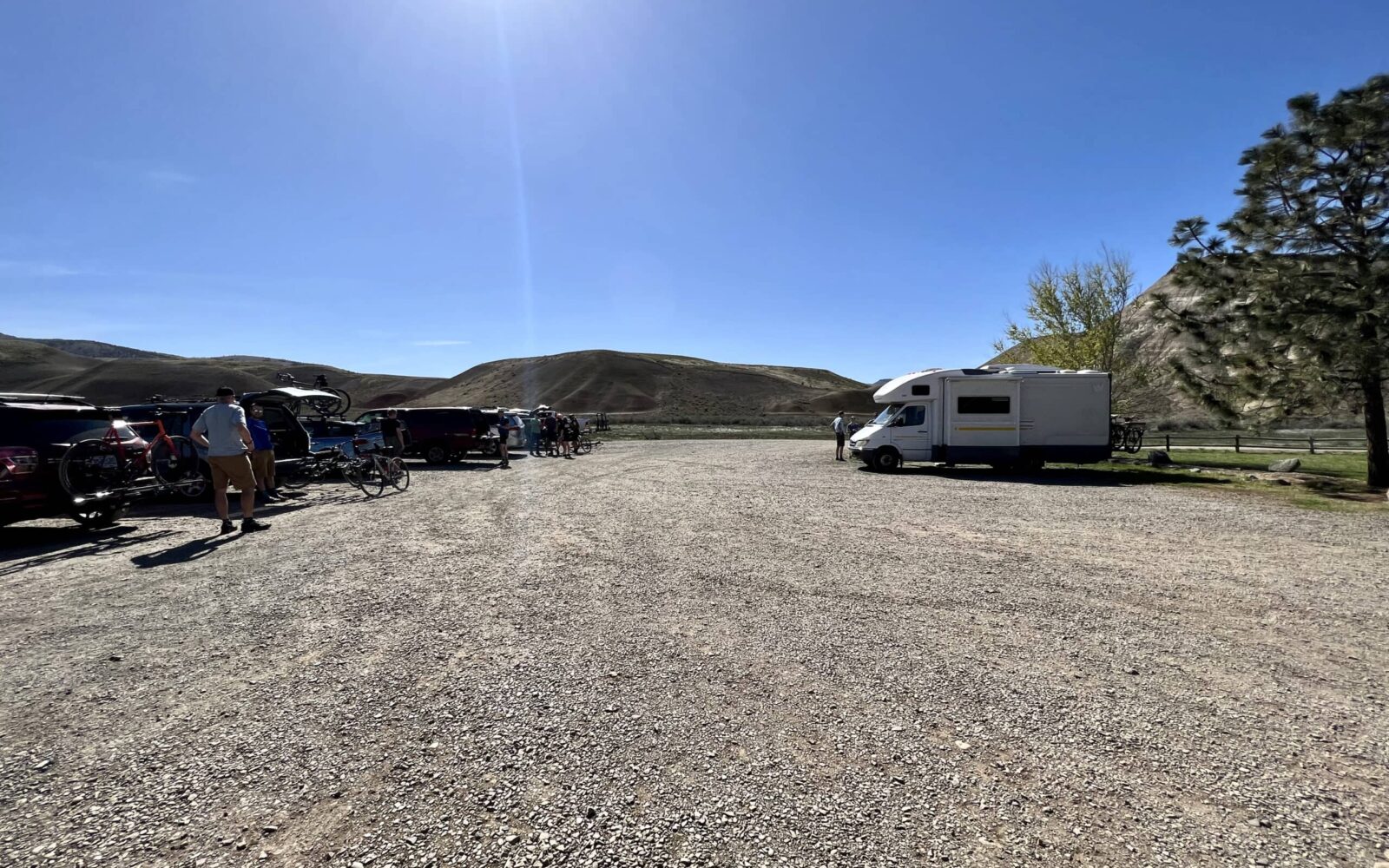 Looking for a numinous (adjective: having a strong religious or spiritual quality; indicating or suggesting the presence of a divinity) connection to nature on one of the top gravel rides in Oregon? Then head to the Painted Hills for the Priest Hole ride, which is not about a father getting into trouble but is a gravel bike loop from the Painted Hills park to the Priest Hole primitive camping area. It includes a divine climb on gravel … a heavenly paved downhill that cuts through a deep canyon … glorious farmland …. two water holes for taking a dip in, and an angelic ridge that takes you above Priest Hole. And a devious ending … with a few popper hills along the river and rolling uphill to finish off the journey.

For EXTRA CREDIT, you can take a tour of the Painted Hills, which is always spectacular. (For us, that never happens as we are whipped from the ride and end up straight back at the cars without even enough energy to DRIVE the extra distance. But we are sure that YOU will have the extra energy. Good luck with that!)

Spring and Fall. (May and early June is best for flowers.)

Ridden and documented by Kevin English and Linda English of Team Dirty Freehub.

The ride is deceptively more difficult than most anticipate. The first 25 miles go by quickly, but a majority of those miles are on pavement. From mile 25, it is mostly gravel and dirt roads where the riding is more demanding with pitches up to 10%. The last 5 miles look flat but are not, there is a slight incline of 1 to 2%. This section can be the crux of the day for some! 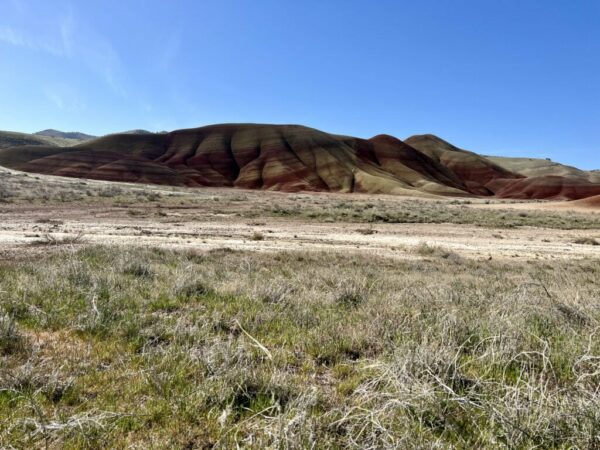 The John Day Fossil Beds are made up three separate units: Clarno, Painted Hills, and Sheep Rock. The Painted Hills is the most visited. The red and tan colors of the Painted Hills are composed of fossil soils from deciduous forests over 33 million years ago. These soils are very fragile (so please be sure to stay on the trails and Don’t Hurt the Dirt!) There are five small trails (0.25 miles to 1.3 miles) to hike and see more viewpoints of the surrounding area. Different times of the day and seasons can bring out different tones in the soils but the afternoons are best lit for photography as well as wildflowers in the Spring. [National Park Service]

Sutton Mountain Wilderness / To your left throughout the ride 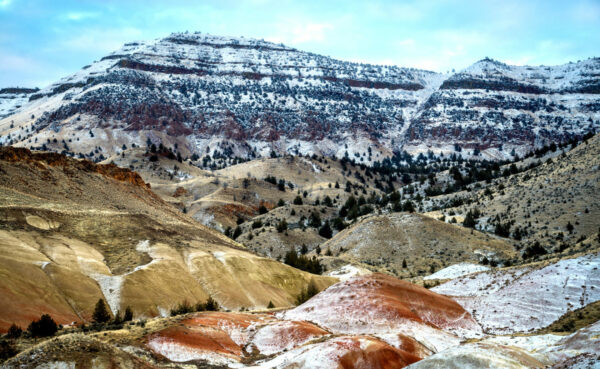 This ride encircles Sutton Mountain. At 4,700 feet tall, Sutton Mountain towers over the surrounding landscape. With a steep, craggy west side and a rolling, grassy eastern face, the mountain has a mysterious Jekyll and Hyde quality. Sutton Mountain is home to bountiful wildflowers in the spring and vibrant herds of pronghorn, elk, and mule deer.

In November 2021, Oregon Senators Jeff Merkley and Ron Wyden introduced the Sutton Mountain Preservation Act that would establish a new Sutton Mountain National Monument to conserve these public lands. Their innovative bill would capitalize on the public’s 29-year investment and stewardship of iconic Sutton Mountain since it came into public ownership in 1992. [Oregon Natural Desert Association] 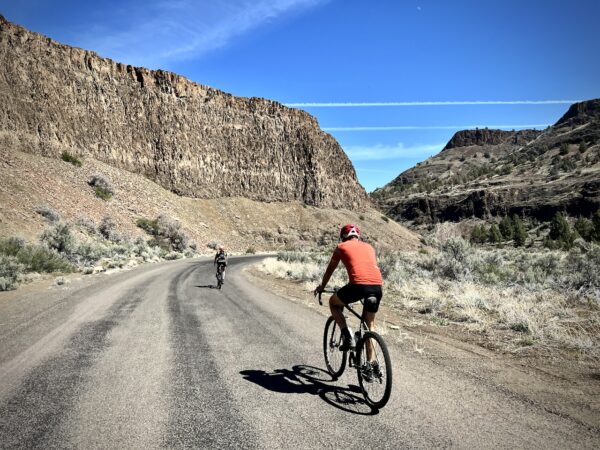 Descending the paved road through the canyon makes the previous climb so worth it! 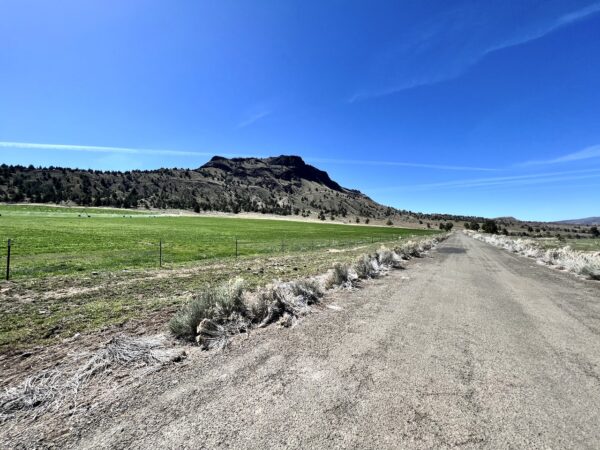 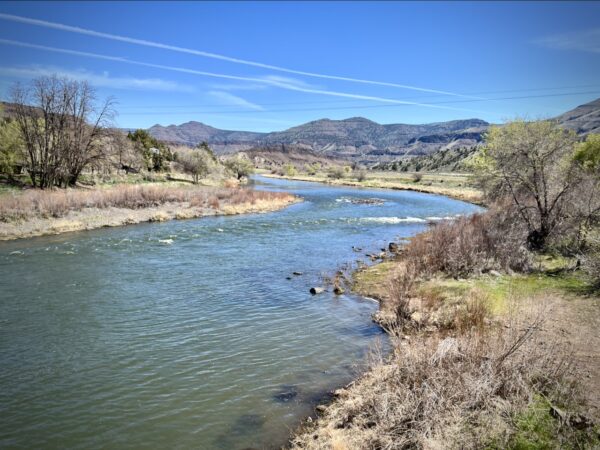 The river basin drains nearly 8,100 square miles of central and northeast Oregon. Absent of dams for 281 miles, the John Day is one of the longest free-flowing rivers in the continental United States and the longest undammed tributary of the Columbia. Elevations range from 265 feet at the confluence with the Columbia River to over 9,000 feet at the headwaters in the Strawberry Mountain Range. 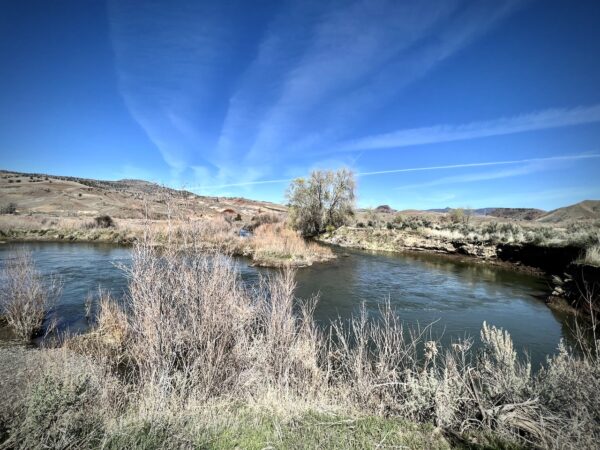 The Priest Hole Recreation Site is open year-round for swimming, fishing, camping, and hiking. There is an outhouse available for restrooms. [Bureau of Land Management]

The National Park Service asks for your help to keep the Painted Hills preserved. 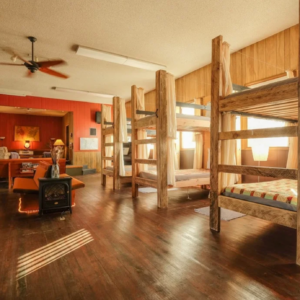 Now before you go dashing back to the city life, we recommend that you get a bit to eat at Tiger Town Brewing in Mitchell and consider staying at the Spoke’n Hostel and doing a second ride the next day.