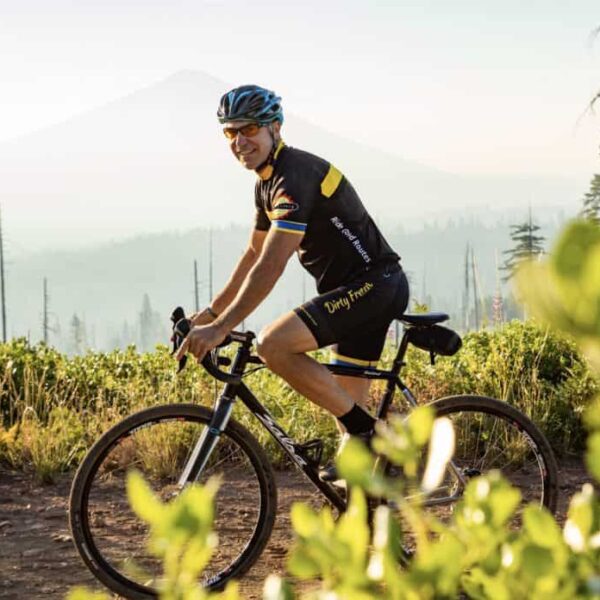 Kevin English is the Co-Founder and Director of Routes and Technologies at Dirty Freehub. His background is in engineering, with advanced degrees in electrical engineering and mathematics education. He is a technology geek at heart who started his career as a military officer on submarines (west coast deployed). After the military, he went on to found two successful startups. The first, a venture to sell used semi-trucks via the Internet (1996) and the second to deliver on-line education via a hybrid model based on Massively Open on-Line courseware (2021).

Kevin has a huge passion for mapping. He loves to explore new areas. Dirty Freehub was founded out of his drive to share his secret gravel routes. Kevin also believes strongly in sharing his talents; he’s a serial volunteer who is always striving to make a difference. He’s constantly exploring new ways that technologies can solve issues. When he gets a new idea, he’s the first one to pivot and test it out!

Kevin has been a cyclist most of his life and has owned a bike as long as he can remember. After a shoulder injury from mountain biking, he started gravel biking in 2014 as a great alternative – dirt, remote, scenic, and no traffic! You might find Kevin around town on one of his 4 gravel bikes: a Salsa Cutthroat, aSalsa Warbird, a Surly Fatty single-speed, or an Alchemy eRonin.

His all time favorite route? Water Dog! Otherwise, he’ll tell you it’s one he’s working on.