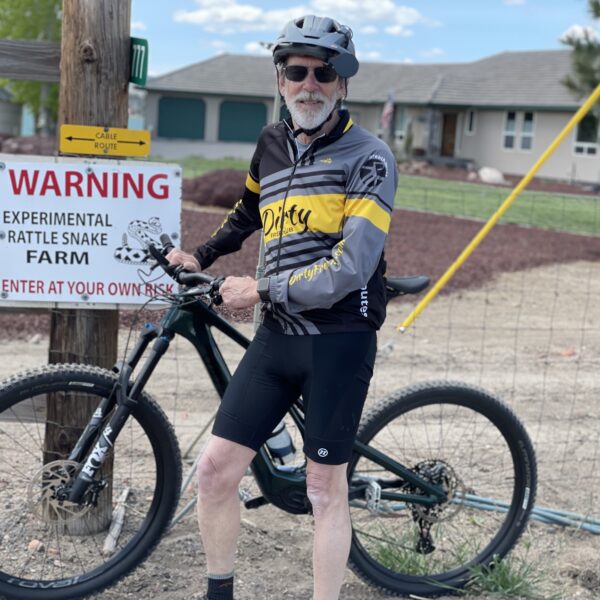 Chuck Allen joined the Dirty Freehub board in August 2021. Most recently he was the COO of Lava Trading, a financial services technology startup. He helped grow the business from 30 to 350 staff over four and a half successful years, which included rebuilding their offices and data center after both were lost in the events of 9/11/2001. After Citigroup acquired Lava in 2005, he moved to Citigroup as the CTO for global equity finance with technology responsibilities for operations in NYC, London, Hong Kong and Tokyo.

Prior, he was an executive at Microsoft for their Middle East division where he established and operated their Dubai subsidiary for 5 years. Today, Chuck is also working on a project to visualize air quality around Bend, OR, which can be seen at aqi.espacelabs.us.

Chuck began gravel biking when he moved to Bend in 2015. You’ll find him around town on a Niner bike.

His favorite routes? Water and Lava, Metolius Preserve, and Haystack.